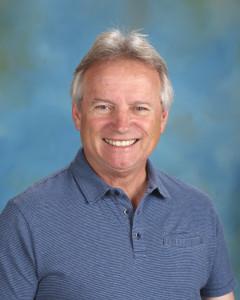 You may call Mr. J or Mr. Johnson

Mr. Johnson has been teaching for in Santa Ana since 2007. Prior to teaching in Santa Ana he taught at a Private Christian K-8 school.  Before becoming a teacher Mr. Johnson spent ten years with Apple Computer during the time the Macintosh was introduced, as well as the LaserWriter and Desktop Publishing. After leaving Apple he worked another ten years for a variety of technology firms in the Networking, Software Development, Web Services and Computer Hardware.

He holds credentials in Foundation Level Mathematics (Algebra, Geometry, Statistics), Social Science (History, Geography), Business (Programming) and Technology (3D Printing, Engineering, eSports). He has been teaching technology at Mendez as the class has morphed from a traditional shop class to 3D Modeling and Coding. in 2019 He started teaching his own eSports class that encompassed Gaming, Coding and 3D Modeling. This year Mr. Johnson is teaching eSports Essentials, Intro to Comp Science and Exploratory 6th.

Mr. Johnson made extensive use of CLEP to earn credits for his undergraduate degree. It enabled him to test out of College Algebra, US History I, US History II, and Literature.