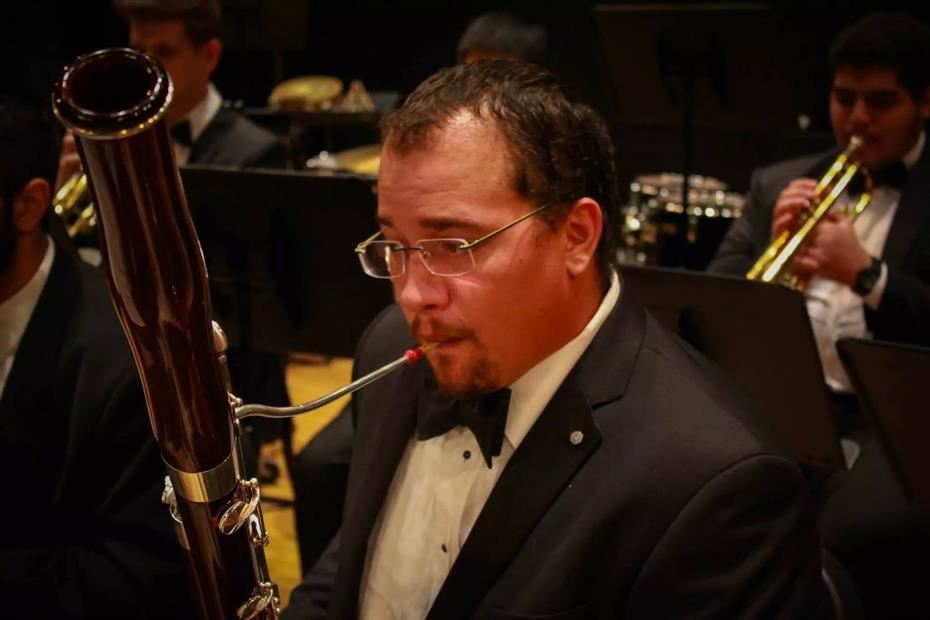 Educator at SAHS since 2018

Outside of school, Mr. Abrams maintains an active music performance schedule and private lesson studio. He has performed with the L.A.-based Numi Opera Company, the Orange County Symphony, Symphonic Winds of the Pacific, Irvine Symphony, Santa Monica Symphony, and many other professional ensembles. Mr. Abrams also performs throughout Southern California as the keyboardist for the OC-based Indie-rock band Sin Fronteras. 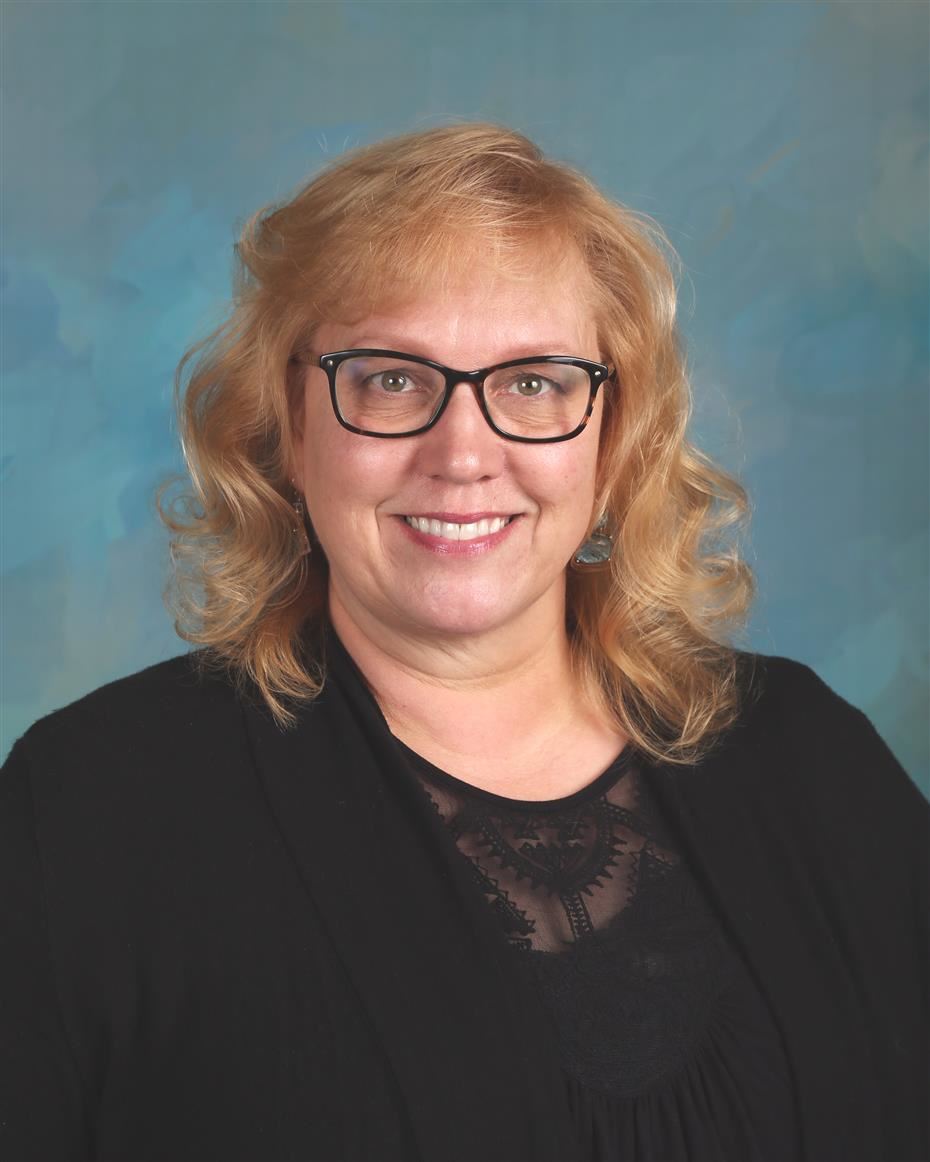 Educator at SAHS since 1999

Laurie Cobb has been the accompanist and vocal coach for the Santa Ana High School choral department for the past 20 years.  She has been the rehearsal accompanist for the Disneyland Candlelight Ceremony since 2007, working with Conductor Nancy Sulahian.  She was also a Music Director for the Orange County School of the Arts Summer Best of Broadway program for 14 years, from 2004-2018. She served for 2 years as the Music Director for Shakespeare Orange County’s production of “Pirates of Penzance” at the Garden Grove Amphitheatre.   Laurie received her BA in Music with an emphasis in Piano Performance, from the University of San Diego in 1989, and her MM in Piano Accompanying from East Carolina University in Greenville, North Carolina in 1996. She enjoys working with the students at Santa Ana High School and looks forward to many more years working with these wonderfully talented and inspiring young artists. 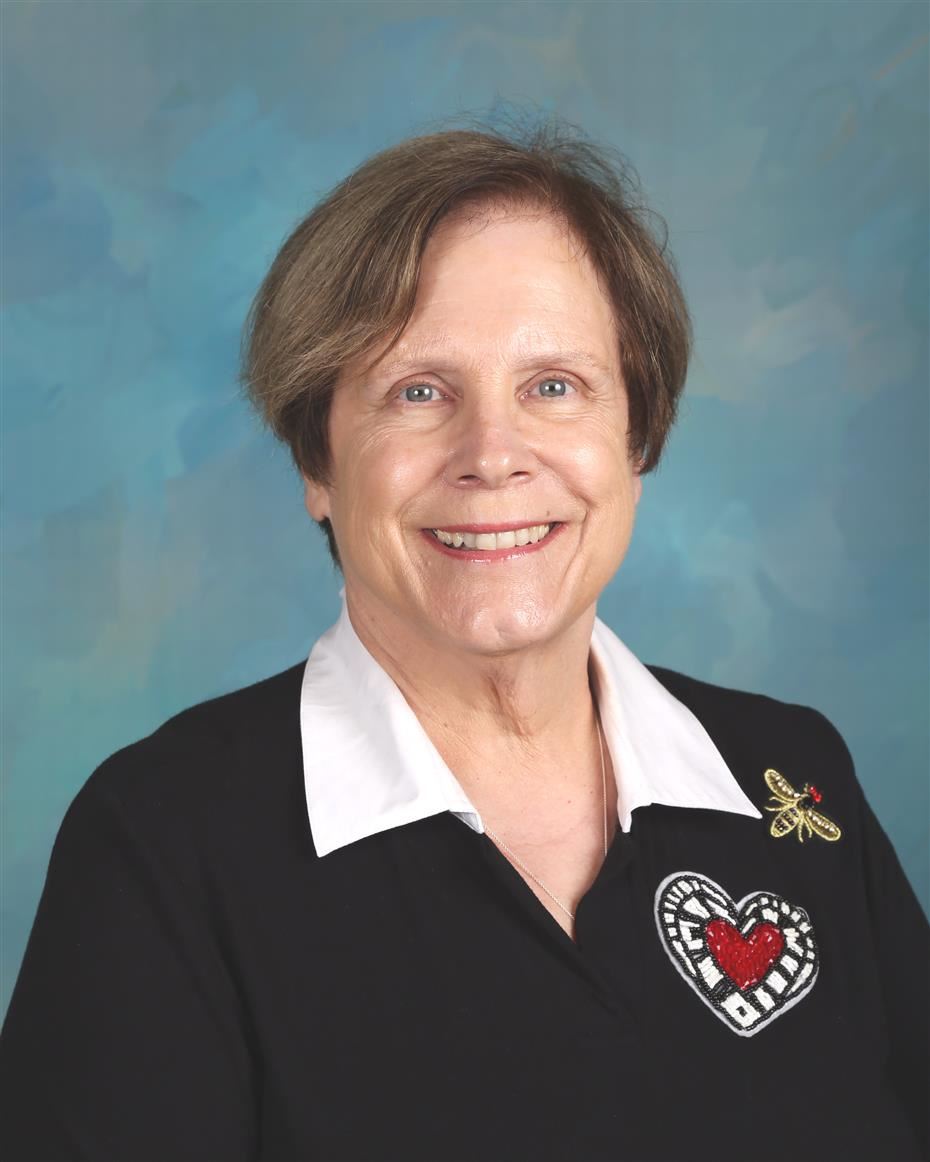 Educator at SAHS since 1996

Mrs. Cobb-Woll has been teaching vocal music for 40 years, including 60 musicals, Beginning Men’s and Women’s Choirs, Intermediate Choirs, Advanced Women’s Ensembles, Chamber Singers, Show Choirs and Jazz Choirs.  She was Teacher of the Year for Lathrop 91-92, Teacher of the Year at Saddleback in 98-99, and served as District Teacher of the Year for 1999-2000. Mrs. Woll served on the governing board of SCVA for 10 years and has been nominated for Who’s Who of America’s Teachers many times.  Her choirs have traveled to New York 10 times, and have sung at Carnegie Hall twice. She has sung in the Pacific Chorale for 30 years, and is presently on the Artist Council, representing the Alto Section. Several of Mrs. Woll’s students have gone on to major in music and music education and are teaching and performing throughout the country. She feels blessed to have had the pleasure of teaching such talented and dedicated vocal artists. 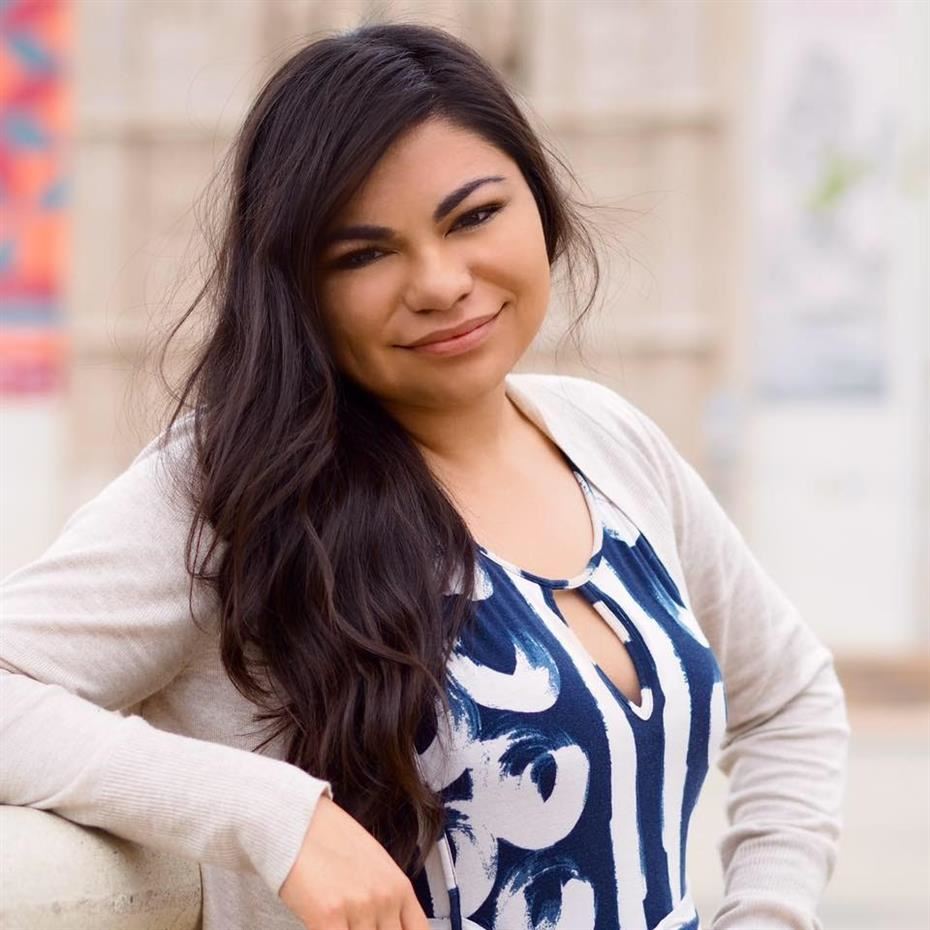 Educator at SAHS since 2016

I graduated from California State Long Beach in 2011 and immediately started my teaching career in Santa Ana Unified, first in middle school, and then transferred to high school. Throughout the years, I learned how to integrate arts and real, relevant world experiences into the academic courses and quickly understood that creativity is not optional, and students' lives are in fact the ultimate learning and art form. As a result, after grants and curriculum writing, the 4 year film/English hybrid pathway grew into a UC approved, level 1 and 2 cte completer courses. 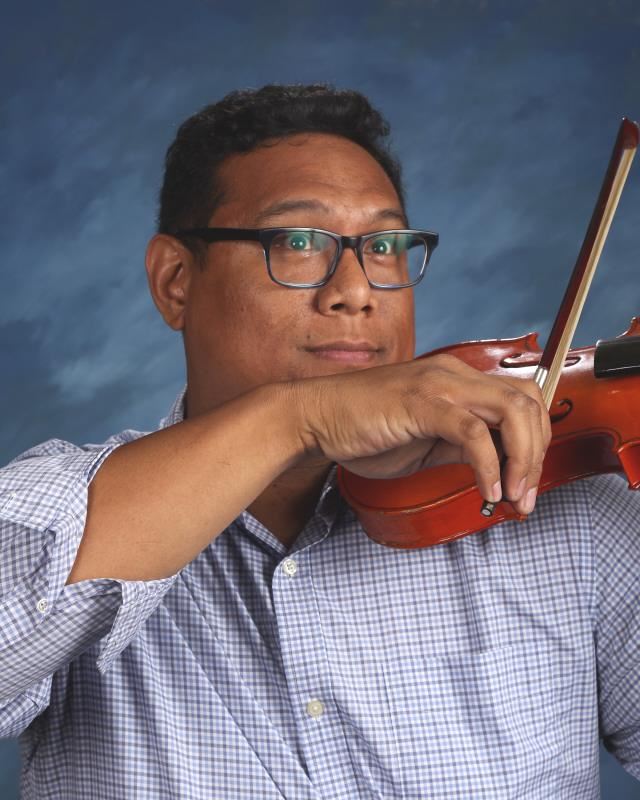 Educator at SAHS since 2015

Jeremy DelaCuadra is an accomplished music educator, brass player, and conductor.  Mr. DelaCuadra also is engaged frequently as a guest educator and clinician throughout the greater Los Angeles and Orange County area, having worked with the Orange County Youth Symphony, La Sierra University ensembles, and other groups throughout southern California.  He received his Master’s and Bachelor’s degrees in Music Education from Chapman University, where he received recognition for both his musicianship and teaching abilities. 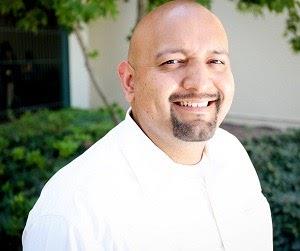 Educator at SAHS since 2007

Victor de los Santos has served as the Director of Bands at Santa Ana High School since 2007. His ensembles have traveled throughout the United States - receiving high marks at numerous adjudicated festivals. Victor has served as musical conductor for numerous large-scale musical productions in the Santa Ana Unified School District, which leverage the talent of students from six comprehensive high school student bodies in an annual summer production. Under de los Santos’ direction, Santa Ana High School ensembles have performed alongside notable musicians such as Arturo Sandoval, Shelia E, Poncho Sanchez, and other artists. Victor has been recognized as an outstanding Arts Educator in Orange County several times. He received the Brillante Award (2015), the Honor Roll award through Life Changer of the Year Award (2016), and was a finalist for the Grammy Educator of the Year (2018, 2019, and 2020). 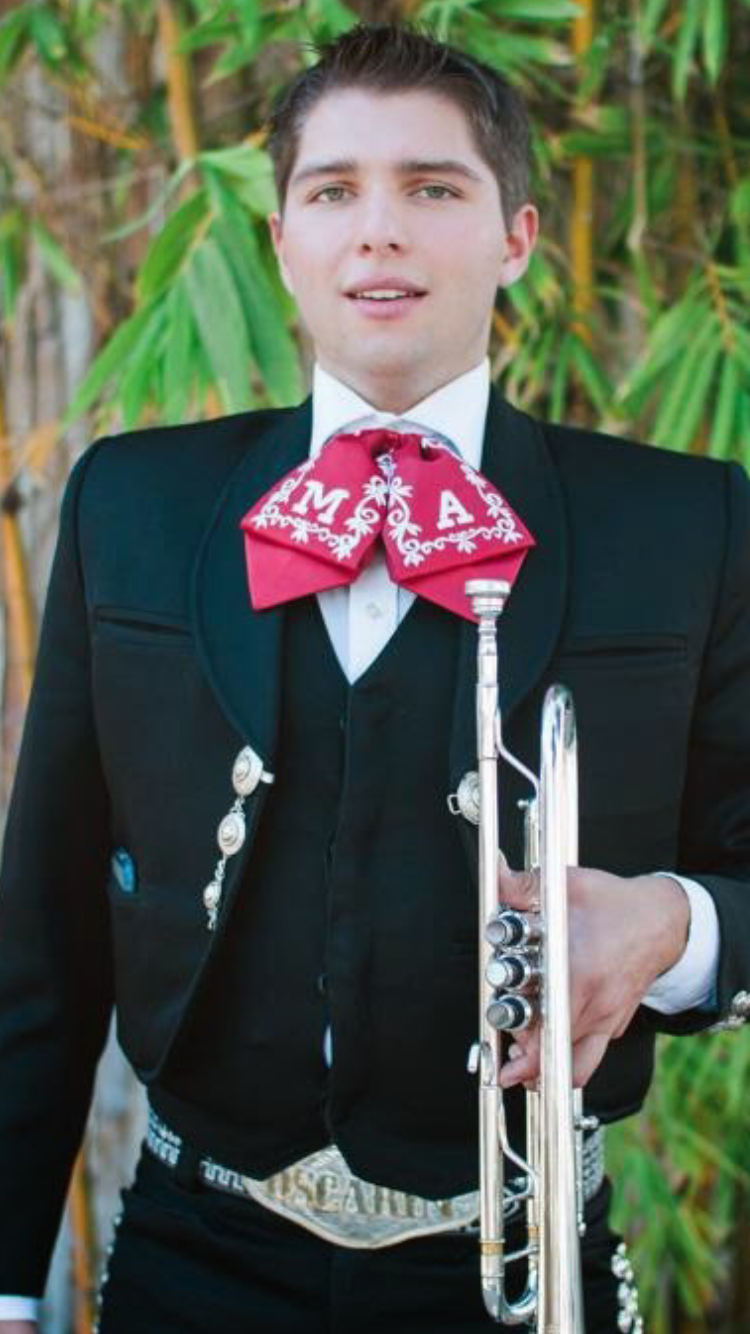 Educator at SAHS since 2017

Oscar Garibay, acclaimed trumpet performer based in southern California is recognized as a versatile musician. As a classical instrumentalist, Mr. Garibay has won concerto competitions and internationally toured with several orchestras and bands. As a Mariachi, Garibay has performed on tour with Grammy Award-winning Mariachi Los Camperos. He has also accompanied critically acclaimed artists which include: Steven Sandoval and Leo Dan.

Educator at SAHS since 2016

Cyndi currently teaches at Santa Ana High School and is a freelance choreographer. She has taught high school dance for over 20 years. She received her BA and MA in Dance from California State University Long Beach and holds a Physical Education credential from California State University Fullerton. She has choreographed over the years for several local high schools and colleges. She loves teaching and exposing her students to the many aspects of dance. Her specialty is teaching choreography composition. In addition, to teaching at SAHS and the SanArts Dance Conservatory, she most recently assisted on the annual Shuler Awards opening and closing dance numbers in Atlanta, Georgia. She currently holds a position on the California Dance Movement Board for Dance Educators. “Teaching and choreographing for high school students has always been my passion and I am grateful I get to share my love of dance with so many young dancers”. 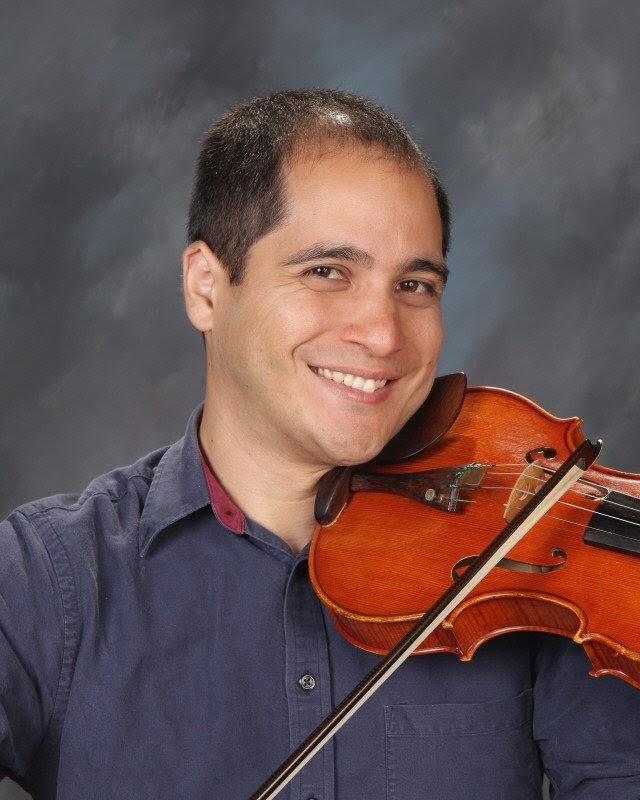 Educator at SAHS since 2012

Joseph Kaye received his B.S. in Music Education from Ball State University and his M. Ed. from Lesley University. In 2005 started his teaching career with the award-winning string program for El Centro Elementary School District. In 2009 Joseph was awarded the Imperial Valley ACSA Teacher of the Year award while maintaining a healthy private violin studio Then in 2012 he then moved up to Orange County and helped revamp the orchestra program at Santa Ana High School. In both districts, Mr. Kaye has hosted and adjudicated numerous SCSBOA festivals, served on various leadership roles within ECESD, SAUSD, IVMEA, and SCSBOA. In both 2014 and 2015 Joseph was recognized by the OCMAA as an outstanding arts educator. In addition to his teaching endeavors, Joseph is an avid chamber music and orchestral musician as he is a current member of Symphony Irvine, Bellflower Symphony Orchestra, La Mirada Symphony Orchestra. 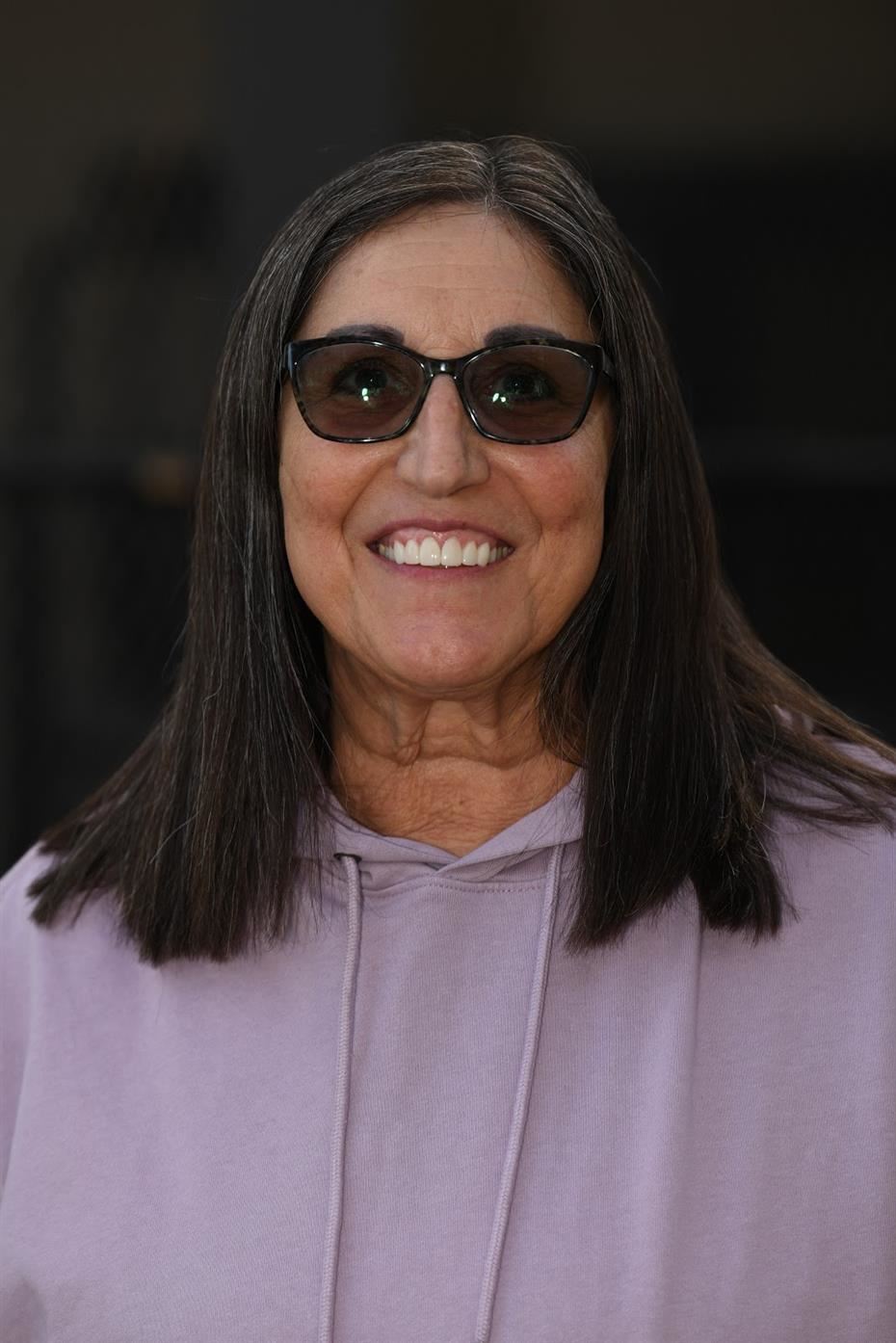 Educator at SAHS since 2018

I started my education at City College of San Francisco where I obtained my Associate of Science with certificate of completion in photography. I finished my BA at Cal State San Bernardino in Communications with an emphasis in photojournalism. I then applied for my Masters at Cal State Fullerton where I completed major upper division units in Screenwriting before being employed full time by OUSD for 4 years, then SAUSD. I am also an Adjunct professor at College of the Desert where I teach many facets of photography. This college is near Palm Springs and I usually teach once or twice a week. I ran a successful professional photography business for  20 years shooting millionaires and movie stars in the Desert. I was also a San Diego City Firefighter for 15 years before retiring, acting as photographer and public information officer (PIO) along with my firefighting and medical duties. 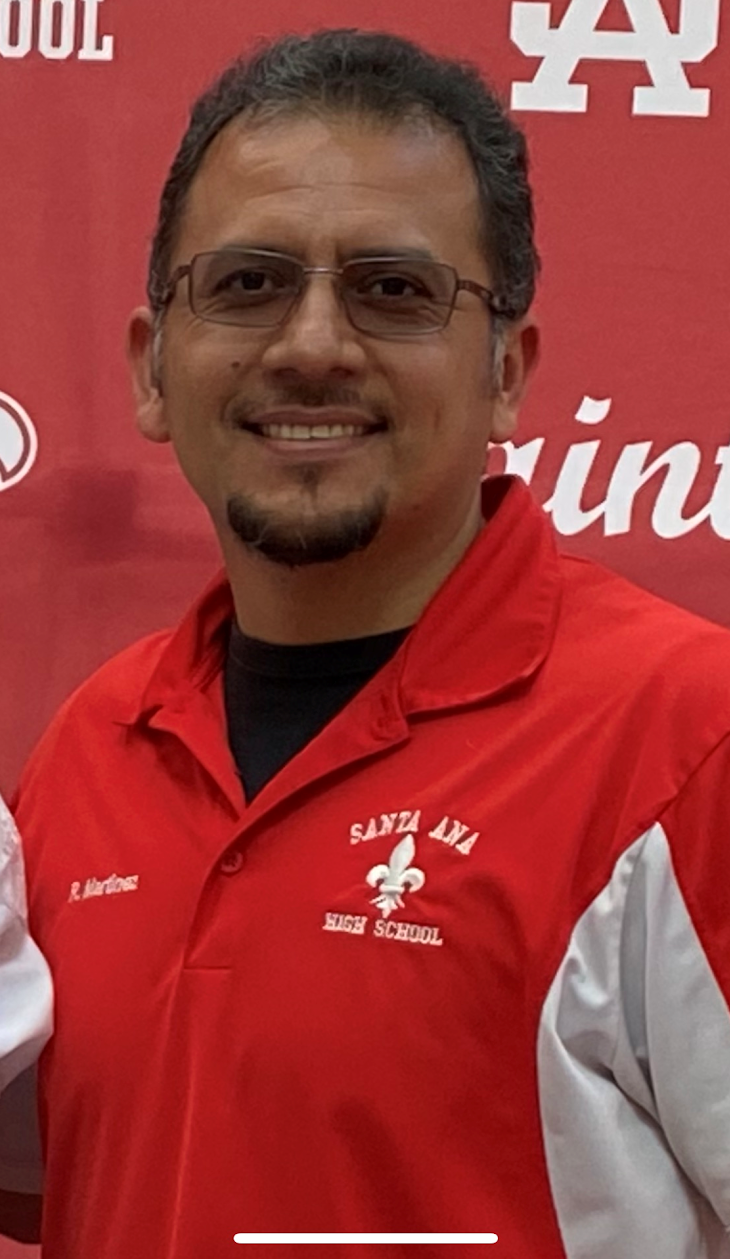 Educator at SAHS since 2001

Román Martínez graduated from UC Irvine with a Bachelor’s in Spanish Language & Literature, with a minor in Education.  He went on to complete his Single Subject Teaching Credential and Masters in Educational Studies in 2002 from UC Irvine as well.  At UCI, he took 2 semesters of Flamenco, and danced Ballet Folklorico for 4 years. He has served as ELD Coordinator for Santa Ana High and was Student Achievement Coordinator for SAUSD.  He currently teacher Spanish Language & Culture and co-teaches/co-directs Ballet Folklorico Los Santos with Jesenia Gardea, math and dance teacher at Heninger. 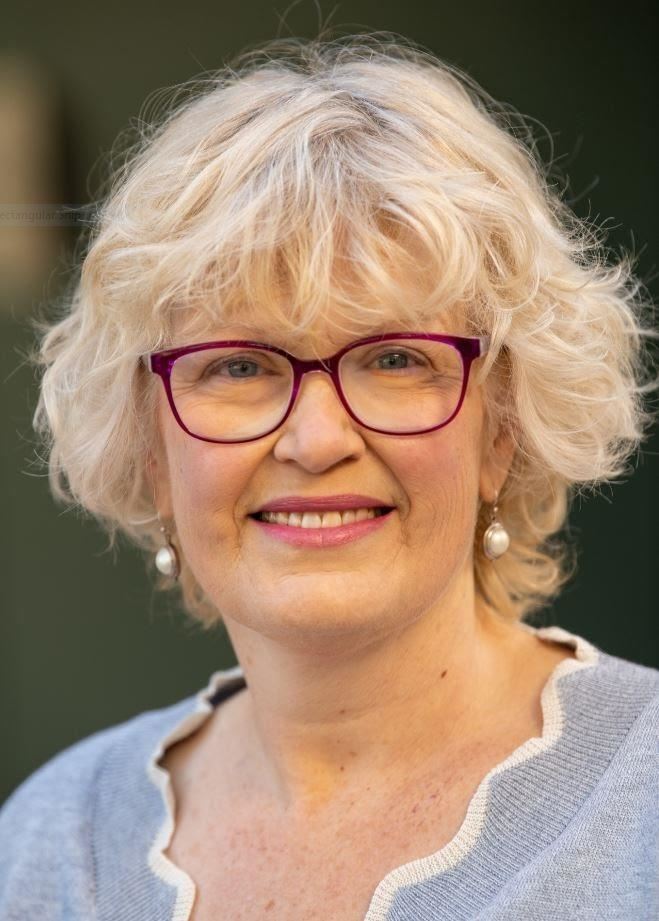 Educator at SAHS since 2007

In my 31st year of teaching, I enjoy sharing with my students all aspects of the visual arts, and making connections with other disciplines. In my beginning classes, I start with the most basic possible concepts and vocabulary, and build students’ skills and confidence from there. There’s nothing better than seeing a student artist surprise herself with the quality of her work!  Using what I learned pursuing my Master’s in Instructional Technology, I have created a blended classroom. I love teaching Drawing, Painting and Art History. My particular passion is for Sculpture, using a wide variety of me 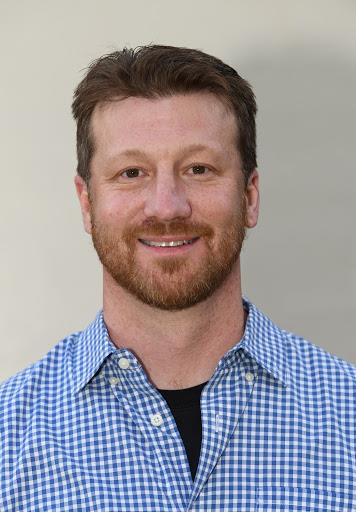 Educator at SAHS since 2017

Adrian Scherger a seasoned educator committed to improving his craft and dedicated to student growth.  In addition to his B.S. in Math from UC Davis, he acquired a Master degree in Film, Television & New Media from San Diego State University.  Mr Scherger spent ten years working in the entertainment industry as a Video Editor at companies such as Warner Bros Animation, Stereo D Deluxe, and Legend 3d.

His love for teaching and having a positive effect on others brought him back to his career in education.  Mr Scherger is a dual credentialed teacher with a Single Subject in math and a CTE credential in Art, Media & Entertainment.  He began teaching at Santa Ana High School in 2017 and is currently developing an Arts Media pathway that includes Graphic Design, Animation 1 and 2.  As an educator, Mr Scherger is devoted to his students’ success and ongoing professional development. 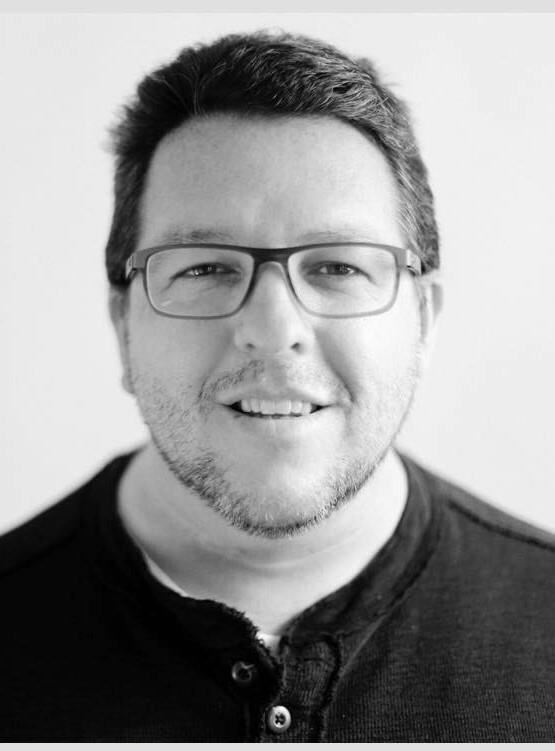 Educator at SAHS since 2006

Terry Schwinge received a BA at California State University, Fullerton and an MA at Concordia University, Irvine.  He is proud to have served as a Peace Corps volunteer in Nicaragua (2003-2006). He began his teaching career in 1997 at Katella High School, although he has been directing high school theater productions since 1991. He came to Santa Ana High School in 2006.  His 2001 production of Fiddler on the Roof was featured on Disney+’s ENCORE! and his productions have won six Macy Awards including the 2018 won Orange County’s Spirit of the Macy’s Show of the Year for RENT and this year, he was honored as Santa Ana High School’s Teacher of the Year. 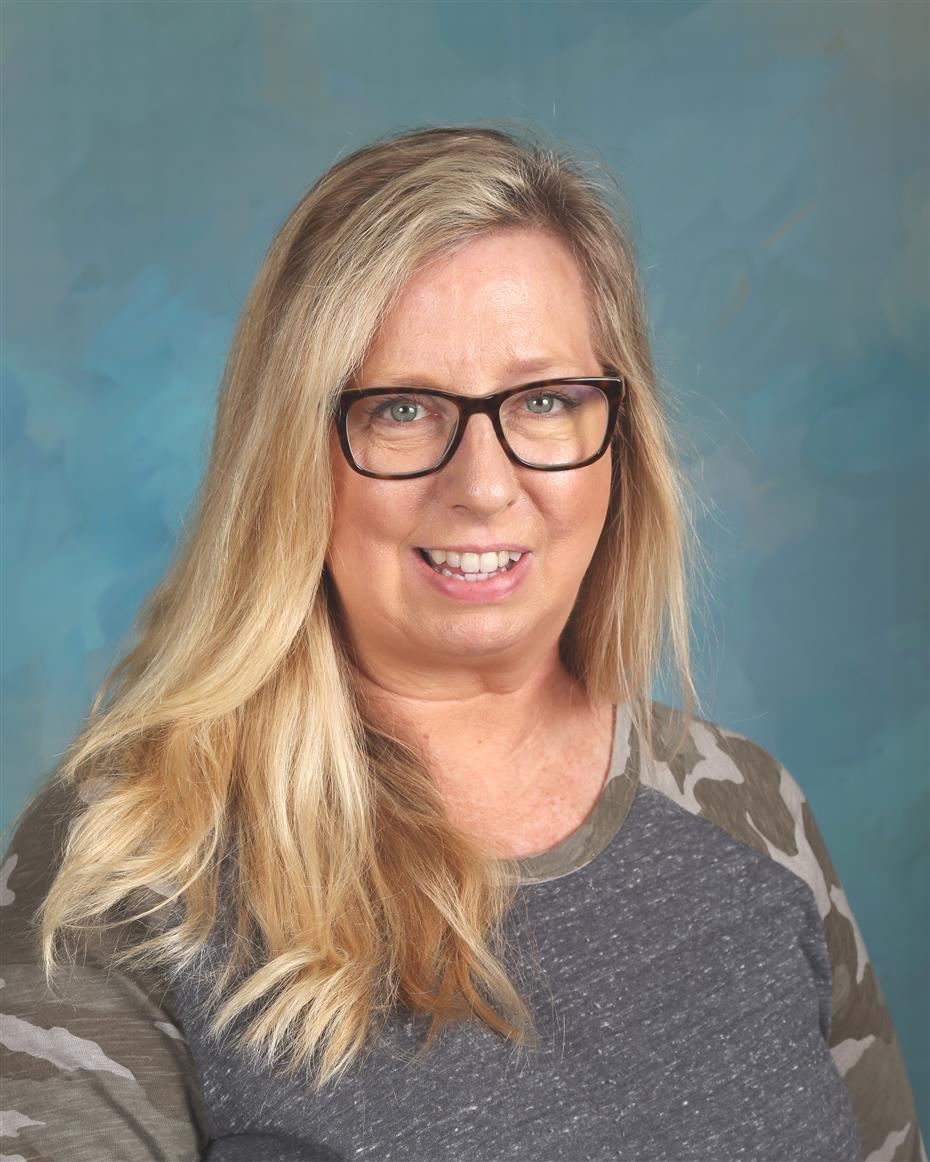 Educator at SAHS since 1996

Ms. Westing believes everyone can learn to draw and enjoys seeing students develop their creativity in art and in life.  Born in Michigan, she attended Calvin College with her B.A. in Art. She moved to California where she earned degrees at CSUF, UCLA and her Masters at Concordia.  She’s mentored artists to win various contests such as the Imagination Celebration poster, John Wayne airport poster, We Care poster, Disneyland “Show your Character” and more.  Ms. Westing encourages students to not only develop their artistic skills, but to use their gifts and talents to help others. This life passion is illustrated in the “Memory Project” where students donated their artwork to a child in a developing country and “Faces of Santa Ana” where students painted a portrait of a neighbor without a home benefiting the homeless and funding a scholarship for students.  At the end of the year, students exhibit their best work in local galleries, their AP portfolios and the school’s Arts on the Lawn festival.